Context: We Need to Move Off Haskell

Since 2017, lack of Haskell expertise in the core team has been a blocker to making development progress. For a while, we hoped to find a new contributor, who could help us complete the little work that remains to get the site launch ready. That hasn’t happened, and perhaps was unlikely to begin with: @Salt came across some research (I will find/add the link later) which found that, excluding developers scratching their own itch, most volunteer FLO software developers actually start off as paid contributors.

By now, it is clear that we need to change tech stacks to make progress possible again. At our team retreat last year, we decided to rewrite the frontend portion of the site (in Elm). The new site has made slow progress, which is a significant improvement over “none” in the previous 4 years. I’ve wished we could do the same for the backend, but did not think it was a viable option; too much would need to be rewritten, and the backend is already so close to complete.

We currently use our own account system. Following best practices for security, we do not store user passwords directly; instead we store a cryptographically secure hash, PBKDF1, using the auth library included with Yesod. PBKDF1 was a good algorithm in 2016, but is now considered out of date; before we launch, we’d like to update to something more secure.

There are two migration options:

We already required a password reset once, in late 2016, and would prefer not to do so again. However, option 2 requires our new backend to be able to verify against the old hashes. There are FLO libraries for PBKDF1, but this is still some extra work; changing authentication code always requires a great amount of care.

The functionality to validate passwords already exists in the current code… so why not use that?

So we’re not waiting forever: we already need to contact patrons anyway before we run our first charge, to confirm their credit card info. Since it has been so long for some people, we plan to let anyone who no longer wishes to be charged opt out. So, we can do double duty: anyone who has not logged in by the time we run our first charge will be dropped from being a patron; everyone who remains a patron will now be on the new system.

We’ve enabled Single Sign On for our Discourse forum (here). To keep this in place and avoid another password reset for everyone, our new backend should support this, too. Once again, it’s not very much code, but it’s still some work.

We could skip this temporarily— requiring anyone who wants to use the forum in the meantime to reset their password— and then enable it later, since if you disable and then re-enable SSO, Discourse will try to match on email instead of SSO ID (source).

In the database, we currently store pledge information and monthly donation history in terms of “Pledge Units” (1 unit = 1/10th of a cent per patron). All of our calculations, like the monthly donation and outstanding balance, are also calculated precisely in terms of Pledge Units, then converted to cents right when they are displayed on the page.

This logic isn’t very complicated (divide by 10), but it is very important; what we display on the website must be identical to what we charge. Right now, the tool for running crowdmatch calculations shares its code with the website, we don’t need to worry about them getting out of sync; I’ve been reluctant to add this potential problem.

This concern isn’t as far-fetched as it seems; it already happened once!

To simplify the presentation for users, we started displaying dollar amounts rounded to whole cents. This caused the total outstanding balance to appear inaccurate, because the calculations included tenths of a cent (really, it was the history that was inaccurate). We solved the issue by bringing back fractions of a cent… and a more complicated dashboard view. 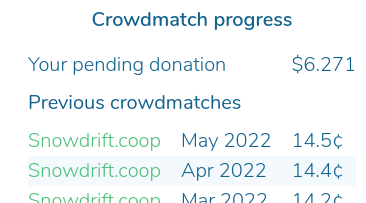 There’s a more important reason to avoid fractions of a cent: We can’t charge them, which means patrons can’t clear their balance. It’s even worse with multiple projects, when we get there.

Instead, we should round to whole cents each month, when we calculate donations. No more tenths of a cent to display; every charge will clear the outstanding balance in full; and calculating that balance becomes dead simple (subtract charges from donations).

Each of these pieces is simple, and they communicate using well-defined interfaces, making them easy to rewrite individually. This gives us a migration path that’s not “rewrite everything all at once”.

Strategy: Put Out a Contract For This Work

There’s another happy accident: a simple api interface like this is easy to write a spec for, which is perfect for contract work. Back to the research I mentioned at the beginning— the ideal contractor is someone who’s already heard of us and wants to volunteer, but couldn’t justify the initial time investment. This contract could double as a chance for them to get involved now, leading to both a new backend for the api and a new long-term team member.

I will write a follow-up post with the technical details of changes to the database, api, auth system.

I realized I missed an important point above: a big reason to move to another auth system is to avoid wasting time on generic features outside our core offering. Two parts:

There’s a lot of auth system features that we’d like but don’t have right now.

And some which are less important or maybe we don’t want them right now, but might be nice to add in the future:

On the happy path, the two flows are pretty much equivalent. However, ours runs into problems in more complicated scenarios:

Adding all this (and making sure it’s done right) is a significant amount of work, that would be better spent on e.g. getting payments functioning.

We’ve enabled Single Sign On for our Discourse forum (here). To keep this in place and avoid another password reset for everyone, our new backend should support this, too

I realized that theoretically, we can also do it the other way around - for example, Payload supports Passport, and here is a passport strategy I just found to use Discourse to sign in. Nice! 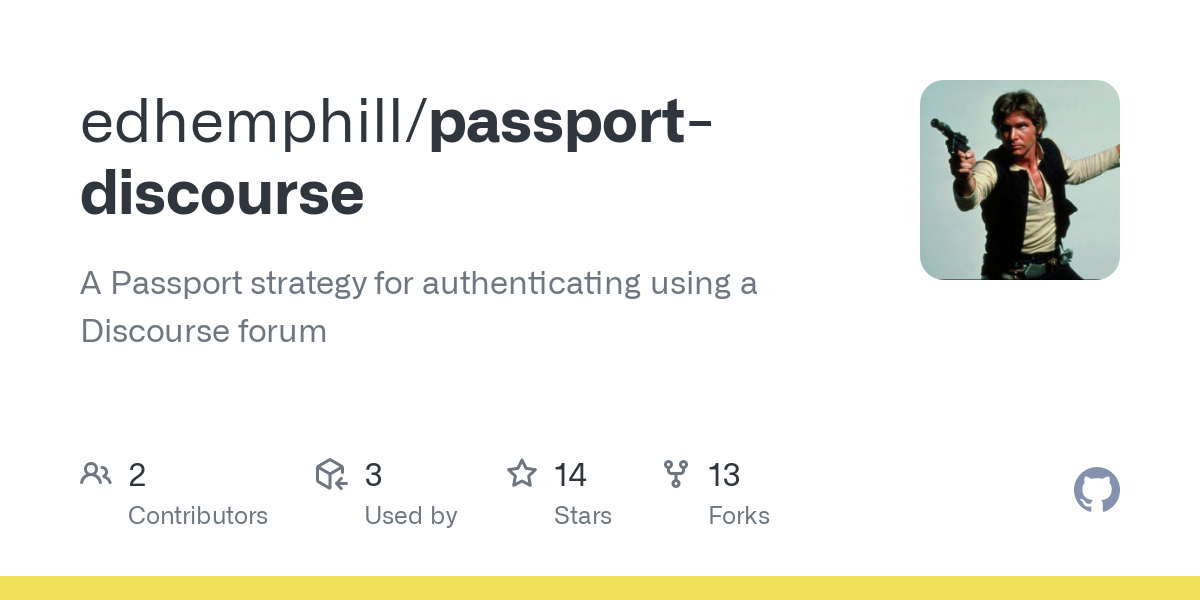 GitHub - edhemphill/passport-discourse: A Passport strategy for...