So here’s my attempt to put this into a driver statement: Please give feedback or make improvements/suggestions! Good practice for sociocracy 3.0 usage, even if you want to only make slight modifications

[current situation]: Communication and momentum is currently inconsistent and unpredictable
[effect]: Lack of motivation and relative stagnation of development
[needs]: We need clearer commitments/agreements from everyone on the team so there is more accountability for work that needs to be done (especially blocking tasks)
[impact]: Better motivation and accountability individually and collectively which should lead to greater productivity overall

For reference, a basic version of such an agreement would be attending meetings or expressing condolences when absent, etc.

I know I personally haven’t been as accountable as I could be in meeting attendance, involvement, etc., and I want to do better in this regard! - hopefully something like this will help the project push forward which I know is a goal we all share. Let me know what ya’ll think @team

1 Appreciation
Team Agreements Proposal
When and how to invite new team members?
wolftune November 6, 2019, 1:22am #2 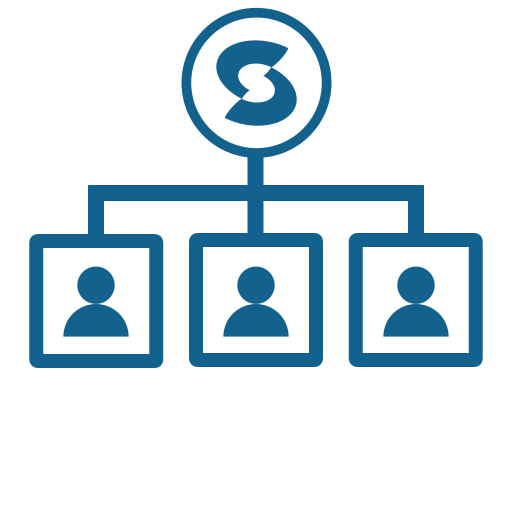 I think we also need to acknowledge that a most blocking tasks seem to be related to a role that isn’t filled. Otherwise I agree with the notion and feel guilty of not serving as a good example in that regard lately

Yes indeed. Part of this is about clearer expectations among the existing team. But the main goal is to have clear expectations as we do outreach to recruit people for the unfilled roles.

Driver statement updates from me, longer but more complete:

[current situation]: Team communication and momentum is inconsistent and unpredictable. Some team members seem inactive. We don’t have clarity about what commitments and agreements are expected of either continuing team members or potential new volunteers.
[effect]: We’re not reaching our potential, and it’s not clear who is going to do what to get back to better forward momentum.
[needs]: We need clearer expectations and accountability from everyone. Better to have clear but reduced commitment from someone than to have expectations that are repeatedly not met.
[impact]: Clearer and realistic written commitments, agreements, and expectations will increase everyone’s motivation and will enhance trust and mutual support.

I’m not thrilled with the extra wordiness, but I wanted to get across some other language about the significance here.

I’d like to settle on some good enough wording soon so that we can then refer to the statement as we flesh out the relevant agreement documents.

Note that this should probably be modeled on our Code of Conduct. I.e. that is formed as a pledge of “I will” statements about respectful engagement. We could do similar for stating team commitments. Perhaps even some flexibility where people can check which commitments they feel they can make and stick to, which may vary.

I think it should be fine to do everything else on a case-by-case basis via the respective role descriptions, WDYT?

IMHO it would make sense to have defined membership of the weekly meeting (non-members would still be invited to come, but they might not have consent rights depending on how the actual meeting members decide to handle that), and I think the above could be small/easy-to-keep enough to be a condition for membership. If so, a “meeting member” role could be a good place to document this.

@photm seems like a pretty reasonable draft. The 48 hours seems tight at first glance but if you at least say “can’t address this immediately” or something I think it is a logical timeline.

I do think there’s consensus that we don’t expect people to participate in every meeting, but to at least send regards/notification when absence is expected.

I think this is a great working draft, thanks!

It’s one part of a larger commitment, but it addresses the issues here.

The one detail: on meetings, my feeling is to emphasize the importance and value, run excellent meetings… but not put participation in every meeting as part of the commitment. I’ll accept someone formally on the team who commits to making meetings a reasonable priority and to communicate clearly about expectations.

as long as those go along with saying, “I will review meeting minutes when posted and proactively follow up on anything I see relevant to my roles” or similar

1 Appreciation
Consent processes for meetings vs forum or other asynchronous
wolftune split this topic January 8, 2020, 11:15pm #10

5 posts were split to a new topic: Consent processes for meetings vs forum or other asynchronous

This is still a draft, but I’ve organized it in a way that it seems more appropriate to me: there’s only 2 agreements as a team member (with no explicit consequences at this point - and I hope we never need to have any!), but the implied ‘what does it mean to agree to something’ is clearly stated: this is referencing the principle of accountability from Sociocracy here. @salt I’m particularly curious if you think this is reasonable based on what we discussed

A couple of grammar items: 1) the “or by the…” probably doesn’t need the “or”, 2) close the parenthesis on the first agreement, 3) the second agreement doesn’t necessarily need the parenthesis, 4) the sentence starting with “For these agreements…” is currently in a couple of voices.

Otherwise it looks good and seems short/simple enough to address my concern.

Thanks for the feedback and I’m glad you think so! I updated it and yeah, that last bit was awkward thanks for pointing that out

A note about agreements: the conscious leadership group, which @wolftune has posted some good stuff about, has some great notes about agreements - differentiated from commitments, by the way.

Just wanted to share some select points (the ones in bold):

Asana is not open source so we can ignore that part but hopefully the rest is useful: Very good practices in general, I’d say. Here’s the whole post: 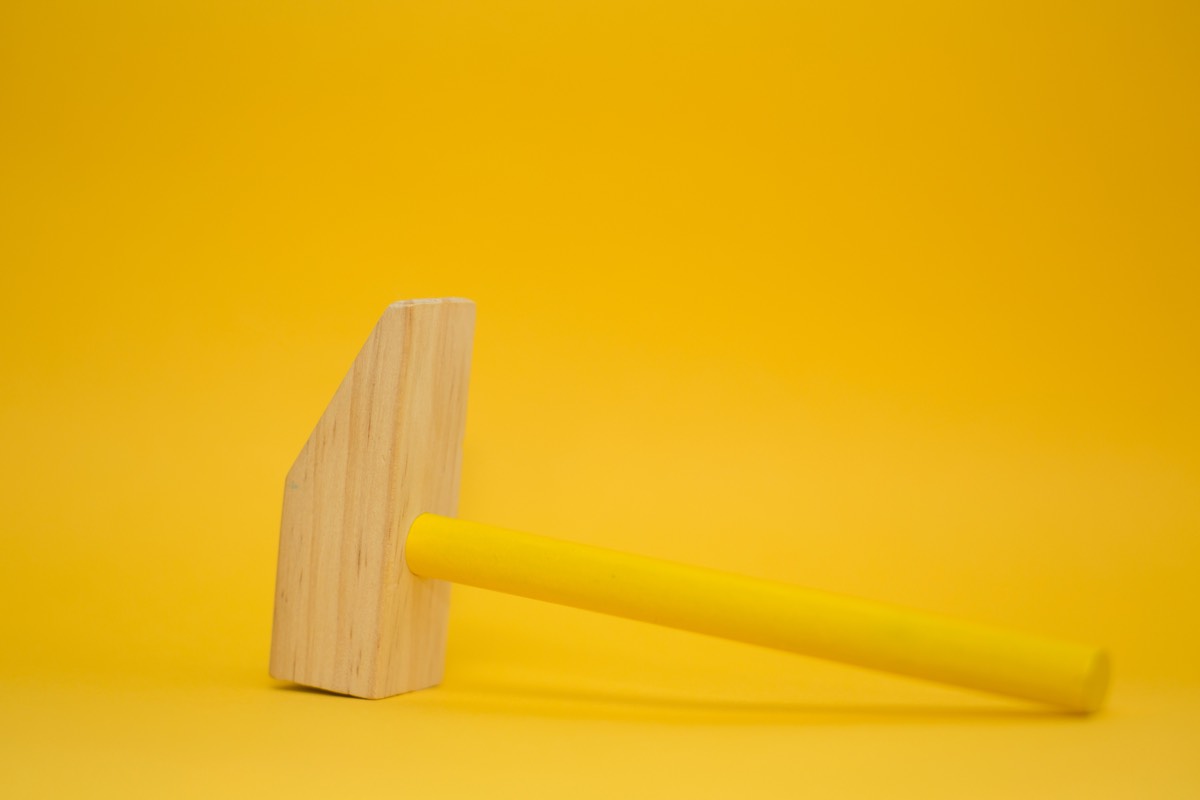 Read Impeccable Agreements: Weapon or Tool? Your Choice. write about

If I break an agreement, I will:
[…]
3. Propose a modified agreement as an alternative

This sounds as if you should always immediately modify an agreement if you break it once. Is this intended? The S3 pattern breaking agreements says “3. change the agreement instead of repeatedly breaking it”.

Poignant observation photm. I don’t think it’s the clearest language sociocracy uses on that one so I was attempting to clarify and wanted to integrate this point into it

But failed. I reverted the last line of the agreement back to the original @salt I’m confident that won’t be a game changer for you

3 posts were split to a new topic: On “priorities” vs “having time”

In addition to what came up in meeting, I suggest we add a line that mentions keeping your communication preferences updated.

As we finalize this for a consent proposal, I suggest we consider at least these items from the original (old, outdated, and archived) agreement at https://wiki.snowdrift.coop/archives/community/join-committee

The proposal we have in this topic doesn’t specifically reference role(s) and accountabilities or stepping down from roles with adequate communication and assistance with succession. But maybe “agreements” covers that stuff as long as we make sure that accepting a role is itself where people commit to the accountabilities and the succession planning.

Incidentally, the succession and stepping-down stuff may not be enforceable, but that’s not the point. The point is commitment to this when someone accepts the team membership in the first place.

One more point: I’d like to make sure that the meeting-participation wording doesn’t turn away valuable team members who just may not have compatible availability for meeting times that work for others.

Maybe we should explicitly describe that scenario. People who have schedules that just don’t work for meetings are expected to do something to make up for missing. Maybe that means aiming to usually read over meeting minutes and post any thoughts and concerns?

How does this commitment relate to situations where someone has to be away for an extended time? Wouldn’t we accept that as long as we’re told in advance and have an idea of the expectations? I don’t want people to be on and off the team each time they have a long vacation or some priorities come up that make them less reliable for a month or two (when they at least make sure to address the issues their absence may cause, and when they really intend to be back and catch up later). Thoughts on this?

If you cannot maintain your role(s) going forward, communicate the situation clearly and make an effort to find someone else to fill the role(s).

I think there needs to be as much flexibility as possible in how much responsibility someone will accept. This way, the barrier of entry to be accountable for doing something is much lower. I’m concerned that succession is a huge and hard job to take care of, so it might be harmful to hard-wire it into all roles.

Maybe the team could do role selection (S3 pattern) to take care of finding someone else to fill the role? Maybe have limited terms to a) reduce the barrier of entry even more, b) reduce the barrier for leaving early enough so you still have the resources to hang around and help the next role-keeper, c) rotate roles where this makes sense, to prevent the role-keeper from accidentally accumulating lots of information that gets lost once he leaves.

I agree, but the original wording of “make an effort” could be maybe rephrased as just “please do what you can to help with succession”. The commitment to tell us at least when you can’t maintain the role (rather than just neglect it and disappear) still seems important at least.