Core messaging on "Why Crowdmatching"

In recent chats on improving our banners for conference and how-it-works etc. we had some various useful thoughts. I wanted to share some summaries here for discussion. The goal is just to discuss and spark ideas as we work toward improved illustrations and explanations.

I’ve been working on a simple comic strip to try to convey “Why Crowdmatching” using some of the graphical elements @mray has created. Please take a look and give me feedback. 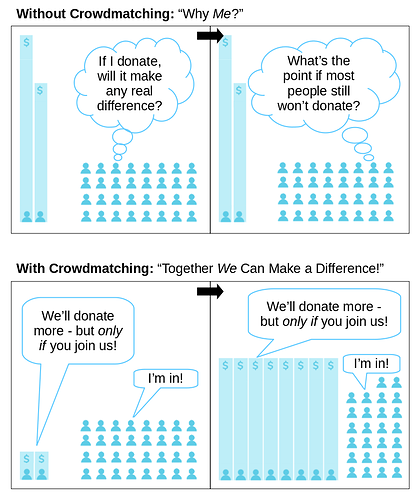 Source file: Comic strip - without and with crowdmatching 03.odg (26.0 KB) 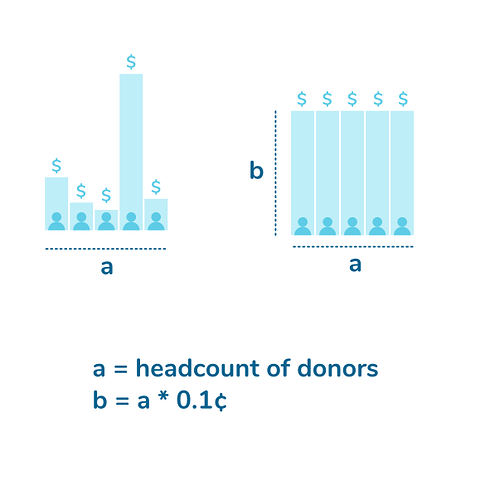 If we want to use contrast I’d lean towards something like this: 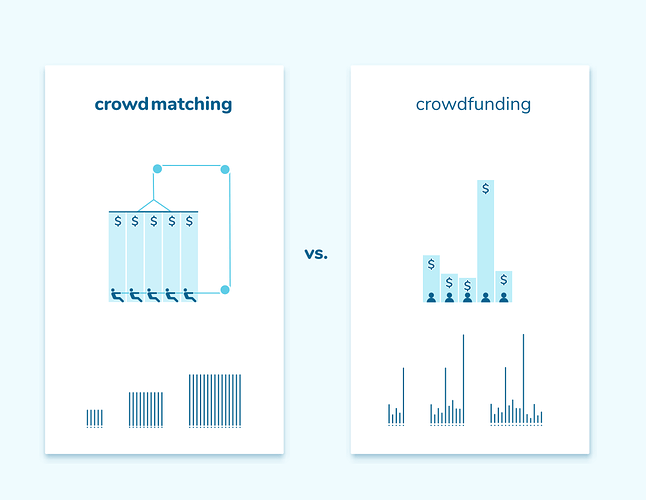 or just something along that line: 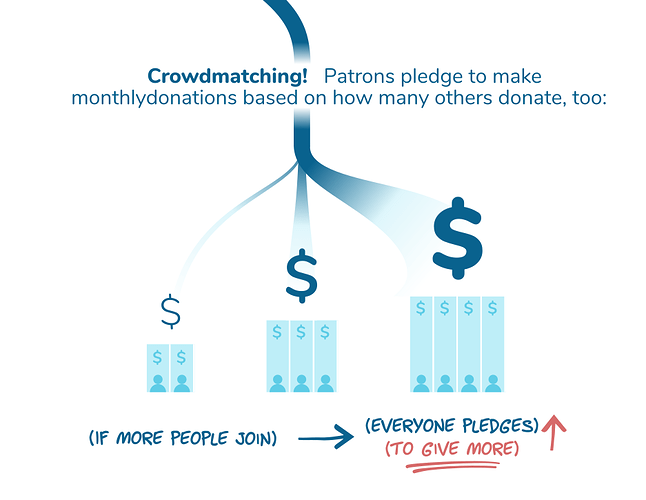 Although I’m sure there’s room to tweak and improve and add further context, explanations, clarifying illustrations… I really appreciate this simple textual improvement. I would feel a lot better about the website too if this update were done for the how-it-works page. For me, it’s good enough to be at least positive while we work on improving, getting feedback, and all the other outstanding tasks.

Whenever you and @msiep agree on minimum specifics enough, we could put up both a code issue for updating the site and create a potential final banner for printing. Then, that issue and the banner could be updated if it happens that you make improvements prior to the printing deadline or to anyone implementing the site change.

I put my latest ideas at https://git.snowdrift.coop/sd/design/issues/104 since we were really focused specifically on the banner in today’s conversation.